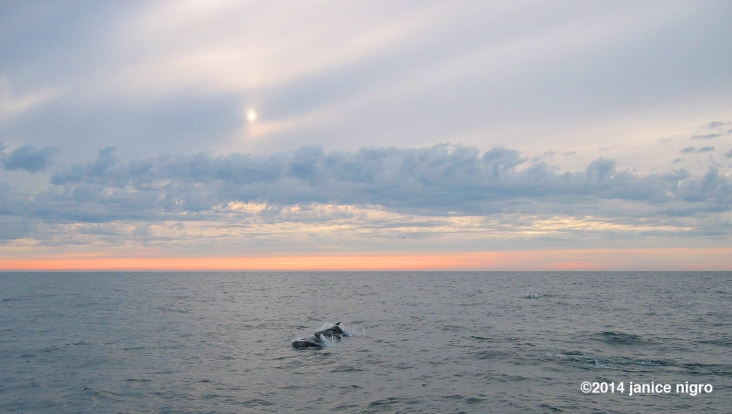 It is a similar story for many who find themselves living in another country-your friends are more likely to be other foreigners than natives. It does not really matter where your new friends are from, just that you meet them. I already had a strategy in place. Language class. It worked even in San Francisco where I was living in the USA. I met lots of people in Italian classes who were completely different than me, musicians and artists, but who also loved to travel.

One of the big ironies of trying to learn the Norwegian language is that Norwegians do not like to talk to strangers. I did not have to take this too personally because it works that way even if the stranger is another Norwegian. A Norwegian woman even once remarked that it would not be that much fun for me to travel around Norway alone because I would not meet anyone. It is a bit of an exaggeration. But then you do have to wonder how practical it is to learn the language as Norwegians anyway speak English flawlessly. I made perhaps the wrong choice in countries if I really wanted to be fluent in a foreign language because Norwegians are just too good at speaking English.

So I did not have to go to Norwegian class. While I truly wanted to learn the language (it is a unique skill), perhaps my underlying goal was to make friends. Language class of course has the obvious value, that I could converse with the natives, but it put me immediately in touch with other people with similar interests. It is a strategy that worked because the friends that I made in Norwegian class were the same ones that forced me to learn to snowboard, climb mountains, hike, sail, camp, and eventually even travel to places like Tasmania, Canet, and Barcelona. The added benefit was they could all cook. 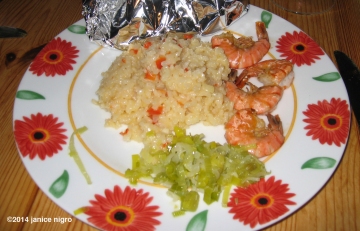 I think the reality though is that non-native English speaking foreigners in Norway probably end up learning more English than Norwegian, in fact because of Norwegian class. This situation would be unlikely to occur anywhere other than in Nordic countries because anywhere else the locals are highly dependent on their own language. Indonesians will tell me that I will probably learn the language within six months if I stay, but my guess is that in order to get along with them I will have to learn Indonesian. After seven years of living in Norway, I am not exactly sure that I can say I am fluent in Norwegian.

It is a pretty simple language-on paper-because there is hardly any grammar. Verbs are not conjugated, and while there is a past form, which does have some exceptions as it seems in all languages, there is no future, conditional, superficial (I made that one up but there are a lot) as in Latin based languages. There is only one set of objects and no complicating rules about how to use them after prepositions. Although prepositions themselves, as in any language, are terribly confusing. If you use “med” when you should use “hos” you might be implying more than just dinner when you meant just dinner at someone’s home.

Sentence structure is fairly simple and similar in some ways to English. You say “I like something” rather than “Something pleases (enchants) me”, for instance. Furthermore, the language consists of about 1/3 of the number of words in English so with fewer words-you can speculate all you want about why that might be-you should be able to express yourself reasonably well.

The most difficult part really should be memorizing the vocabulary. But it was never that simple of a problem for me. Norwegians have approximately 400 different ways of speaking the language. Officially, though, there are only two languages. I also found that Norwegians in general do not enunciate-it is like US versus British English. 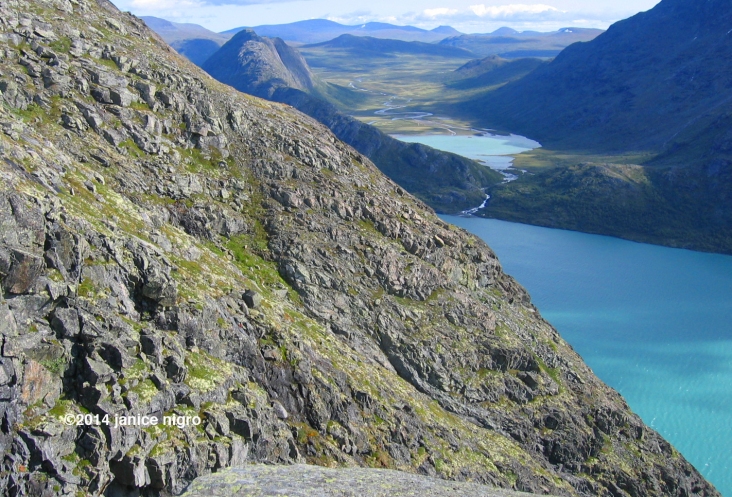 In the beginning when I understood nothing, what I heard was a symphony where everyone in the group had their own musical part. Bergen was the center of Hanseatic trading about 500 years ago so the language there retains some German-like sounds, the throaty ones, and to make it really confusing, numbers are sometimes used in the German way, which is backwards for English and frankly most Norwegians. Norwegians from the east speak very melodically but pronounce some letter combinations in their own way. “rs” for example is an “sh” sound at the end of the word or name whereas in Bergen the “r” comes right from the throat. It can even be difficult for Norwegians to understand each other.

It was the first time that a language teacher told me that class is just a starting point. 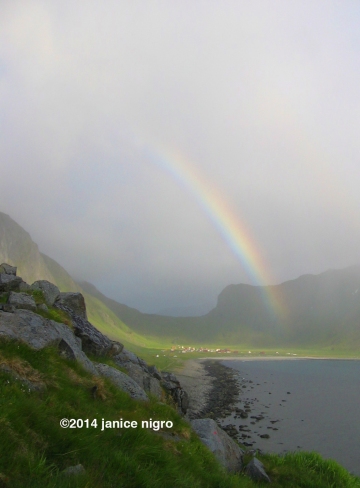 It was not always that easy though outside of class. Engaging in the briefest of brief conversations in Norwegian, “a beer please”, could elicit a response in English. A friend and I pleaded with a bartender once to humor us because in fact we had just left Norwegian class.

I needed a backup plan though because in language class you really spend most of the time practicing the language with other foreigners. This situation gives you a false sense of advancement; while I understood other foreigners, I clearly still did not understand Norwegians. Within a language class, there is essentially only one Norwegian, the teacher. So at some point, I dropped Norwegian class (although conveniently, my Norwegian teacher was now part of my social group) and started to take courses that I thought Norwegians would actually attend, such as painting. I did not become a painter, but as the classes were only conducted in Norwegian, I did learn new words, and perhaps more importantly, became friends with a real Norwegian and her family.

This strategy also had its own pitfalls; one teacher was a Finn who did not talk much at all, and the other was a wild Norwegian who was always teasing me because I would just answer yes to everything he said. He did teach me ”å grise opp”, which means to mess something up. I could see where this verb came from, and remember it, because ”gris” is another word for pig.

I was always looking for ways to get into and out of a conversation quickly, a speed socializing moment. My favorite way to speed-socialize was in winter on the T-hook on the way up the mountain for snowboarding. It is impossible to manage alone as a snowboarder. It was a short trip up, maybe 5 minutes, and each time you could travel up with a new stranger so the conversation may be on the same simple topics-where are you from-blah, blah, blah-but I would hear it a whole lot of different ways, and I would not ever see them again if I said something terribly wrong.

Speaking with the natives is of course the self-evident part of learning a language, but you want to sound like an adult. “Use the words you know” is what my Italian teacher in the USA would always say. The people who really simply like to talk, learn new languages more quickly; they are not embarrassed to say, for instance, that they put stamps on their bread for breakfast.

The one thing that no one tells you about is that when you are learning a new language and in a foreign country, you begin to lose words from your mother tongue. Or maybe there is only so much room in my brain.