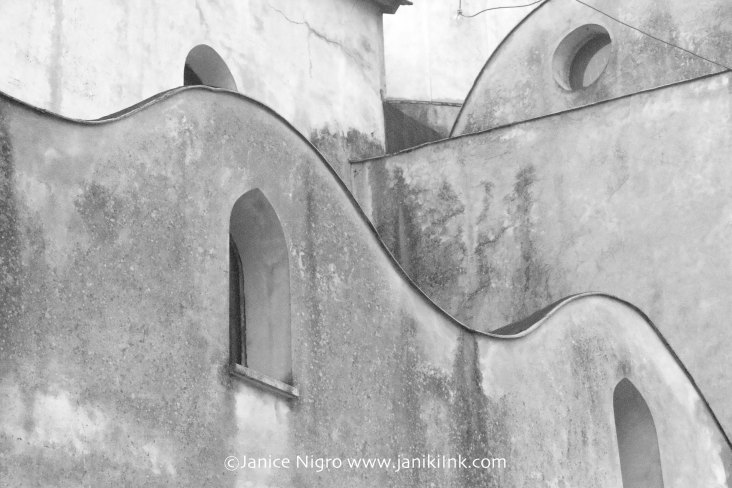 When your passport is an open book
by Janice Nigro

We always traveled, but it was not until my youngest brother was old enough that we needed passports to do so. I was already a teenager at that point. Although I don’t remember much about the first passport, I clearly remember the reason for it-a short trip to Italy and Monaco over spring break-and I remember the power of having it. The significance of a passport did not really register before then, even though my parents had traveled many times outside of the country-hard to believe-without us.

Since we were a family at that point, I didn’t have much control over the passport. It was never really in my hands. We entered foreign countries as a family unit. Obviously for practical reasons, it was one of my parents who maintained control and handed over the stack of passports to the authorities or whoever it was asking for them. Other trips to Europe as a family followed, and at the time, passports were stamped upon entry into every country. There was no European Union or ability to freely pass through the Schengen area.

That passport is in a drawer in my father’s desk at my parents’ home. It was a short-lived passport because of my age when I first received it, but I have renewed it religiously over the years. I cannot remember a decade of my life when I did not need a passport for travel.

I was young enough that the next one had to be renewed within a couple of years. Although I hardly remember the application process for the first passport, I remember vividly applying for the second. It was a rush renewal for an unplanned trip to Italy when I was in college. My mother had prepared the application (typed in the information) including a photograph that represented me in a complimentary way. I was ready.

My father picked me up from the university, and we were off on what we thought would be a well-organized process. We waited in line, and when we reached the teller, we were bounced because I had an outdated application. Some difference between the suburbs and downtown. I left the window, filled out the updated downtown version, and stood in line again. When I reached the window the second time, there was a second problem. The teller now informed us that my head was not the right dimensions in the photo. My head was too small (no jokes here), and it was something that was not apparent on my first trip through the line.

Conveniently located across the street was a passport photo shop. A scam my father suggested because we were sent directly there. The building was a little dingy looking from the outside, and I was reluctant to go in. Fortunately, I was with my father. We hesitantly walked up the stairs to a dimly lit photo studio on the second floor. There, a man in a suit was waiting to take my photo. He had some additional physical characteristics that are better left unmentioned, but they were the kind that were a test I think of whether or not I really wanted the passport.

The photo came out according to the specifications (after all it was an establishment for passport photos), but I wasn’t exactly sure that it looked anything like me. Somehow photos for important documents do that, ironically usually after you sign something confirming that you have never been in jail or addicted to anything.

My father confirmed my horror and added to my distress that he wasn’t sure he would be able to recognize me if that photo was used as some sort of evidence of my existence. I was pretty upset about the whole experience, but I needed the photo. “That’s what they want,” was all my father said. He had the goal clearly in mind-let’s get to Italy!

No longer a teenager, but still a very young woman, my father reminded me that one day the passport would get renewed, and I would eventually be rid of that photograph. Nevertheless, he never missed an opportunity to tease me about it.

It really wasn’t until my third passport that things started to get even more interesting. At this point, I had become a scuba diver, and my passport started to fill up with stamps from places that I traveled to on my own. Prior to that, travel outside of the country was with family or for work. This passport I took to tropical island nations around the world. There are beautiful stamps from countries such as Fiji, Bonaire, and the Seychelles as well as many European nations. Border control existed everywhere then, and I once even received a stamp while on a train crossing over into Austria.

A lot of living has happened in this past decade with the next and current passport. For one, my current passport contains most of my work visas for Norway. After seven years, it was a lot of visas in part because I was always temporarily employed. It also has all of my visas for entry into Indonesia which are no longer required for US citizens traveling there for under 30 days. This passport was filling up so fast during these years that I had to send it to the US embassy while still in Norway for additional pages.

But now it’s time for me to renew my passport. I am procrastinating, partly because of the passport photo drama, but mostly because once again there will be nothing in it. Once I have my new passport, immigration officers will no longer ask whether I live in Norway. They will no longer have to flip through the pages to find an empty space for a new stamp. There will be none to orient all of the others. My travel history will be effectively deleted.

Yes, giving up this passport will be tough.

In our digital world, your passport is one of the few tangible documents that you carry with you. It needs no password. It’s a document, but it reveals something truly unique about you. It’s a record of where you have been, that you left your homeland, your birthplace. That you have had some kind of adventure.

So, I cannot imagine my first trip outside of the USA with a new, blank passport, as if I have never been anywhere. But those blank pages will be begging to be filled…