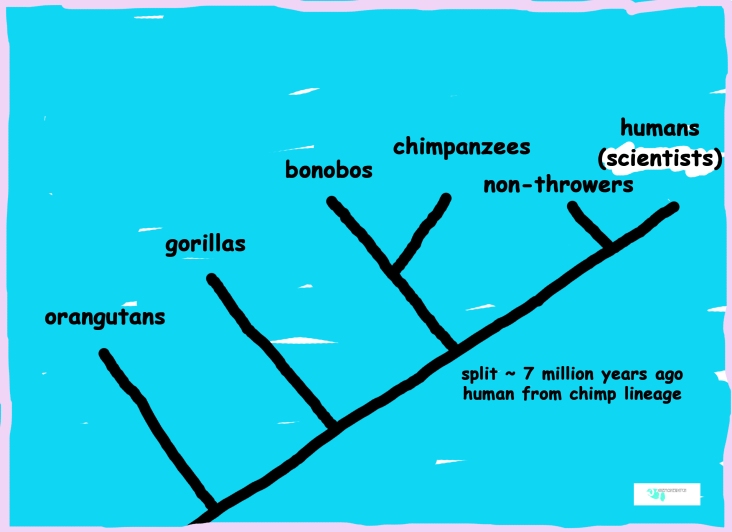 Scientists are human too!

Critical review serves as an important regulator of the quality of our science. We are supposed to man up and take it, but do we really know how to give it effectively?

Based on the myriad reviews I now have the pleasure of reading as an editor, I would say no. So here are some tips for how to review manuscripts and grants critically but perhaps gracefully.

Are you actually right? Before you decide to rip apart an article or a grant, make sure you know what you are talking about. I read a review of a rejected manuscript, a straightforward Sanger sequencing targeted mutation paper, that the reviewer criticized extensively, including the interpretation of the data. In fact, it was the reviewer who was at fault and did not understand how to interpret the data (and from a very basic molecular experiment). What was perhaps worse, is that the editor rejected the article based on this review.

I suspect uninformed rejection occurs often. If you don’t know, do the research. I can broadly review articles on cancer genes, but outside of the brain tumor field, I might want to look up specific details relating to another tumor type. After all, reviewing a paper is an opportunity for you to learn also.

Be humble. Most reviews help to expand the perspective of the authors, but some have an elitist or competitive quality about them. An article or grant review is not a competition about who knows more. Be more neutral in delivering criticism. What you write/say to an editor or a committee is something else.

Stay on track. We all know that many of our grants and papers will be rejected for any number of reasons from somewhere. We have to try, and even when we know we will be rejected (especially with grants), we are looking for some guidance so that we can do better next time. In one of my grant reviews, for example, it was pointed out that I had a particularly bleak publication period in my career, but it was ten years before! I had published several big papers that were fundamental to my field after that, so it was hard to see how bringing it up again would make a difference. The past cannot be changed, but what can the author/candidate do today to improve?

Keep in mind that there are other plausible reasons for such publication gaps. Some projects take time to produce papers, and they might end up being exceptional studies. Take a look at the kind of papers the person you are reviewing tends to publish-many that are rarely cited (niche fields of study would make an exception) or few that are cited often? Furthermore, scientists actually have real lives outside of science that could introduce mitigating factors.

In any case, stick with evaluating the work or ideas before you. It’s enough to be rejected for that piece of work and not on the basis of your whole life/personality.

Keep unhelpful comments to yourself. If you are suggesting many changes, then it’s already obvious to the authors-they don’t need to know that you could “go on and on.” Avoid using words like unexceptional or unremarkable, especially when referring to a person. These words only serve to inflame or insult. Remember that your audience is learning both about science and how to behave as a scientist.

Are you asking for more experiments for a valid reason? More experiments are not always better. Certainly, additional experiments are often necessary, but there are other times when we might just be looking for a way to make the paper more interesting to us. Be clear in your own mind on what your purpose is in asking for new experiments. While additional results, more often than not, add to the story, they do not necessarily significantly change the original finding.

In some of the more excruciating instances, an article is subjected to several rounds of review requiring new experiments, only to be rejected in the end. Rejection under these circumstances seems only to delay publication of results that were irrefutable to begin with. So be humane and reject an article if it’s not within the journal’s scope before wasting too much time.

Avoid bias. The world is too big now for bias to be a part of science. The easiest way to avoid bias is to stick with reading titles and reading the manuscript/grant. Decisions of any kind concerning manuscripts should not be based on who the authors are or where they are from. Focus on whether or not the experiments are sound and the article fulfills important goals and criteria of the journal.

In the case of grants, I sometimes wonder whether they should be considered in the absence of previous publications and environment. It’s impossible to do, but it would be interesting to know how original ideas compare on that basis alone. What would happen if we had to “tweet” our grants in 140 characters or less? The challenge is to generate the idea; a project is largely a technical issue after that. Unfortunately, in the end, two great ideas are going to be compared on the basis of publication record and environment.

Call out bad behavior. I have read reviews that reveal considerably bad behavior on the part of the reviewer. In some cases, I suspect such an “outburst” is based purely on competition or results that refute previous work. It’s unfortunately not surprising that some reviews are written in a nasty tone. What I am surprised about, is that such reviews still get passed on to the authors! Probably with a rejection. While a paper might need to be rejected, we are all highly educated people, so we probably can deliver negative news in a more civilized manner. We don’t learn anything from that experience except that some of the so-called experts in our field are not nice…to put it politely.

Consider the environment. One thing I learned working overseas is that experiments were much harder to accomplish because of where I was living. It had nothing to do with ideas, equipment, or money. The major challenge for me was collecting enough samples for my project in Norway where the population is only ~ 5 million. I was quite naïve in developing my project on low grade gliomas there for this reason (live and learn) as brain tumors occur infrequently in humans (fortunately). My work and my grants however were generally reviewed outside of Norway. Many reviewers failed to consider that what I accomplished was an unexpected feat in any context, but especially in a country where I might only receive < 10 samples a year. That took perseverance! Look for it in papers and grants that you review.

Keep in mind the goals of the journal. We are reminded, but we forget. We tend to read more articles from higher impact journals (for a variety of reasons) so our expectations tend to follow suit in reviewing an article. Articles for PLoSONE emphasize the quality of the science and not necessarily the novelty (duplication of a previous study would be an exception). Our primary job as a reviewer is to make sure that the data is solid and that the experiments tell some kind of story. Whether the science is sexy or not is really secondary.

We all make minor mistakes and grammar errors. Spelling and grammar mistakes are common in reviews as we don’t proofread them, and reviewers are from all over the world too. However, when the form letter from the journal editor shows up with typos in it, that kind of criticism can be more difficult to take, especially if accompanied by a request to use editing/proofreading services the authors must pay for. No one is above making minor mistakes. Point them out to help the authors, but in many cases, a copyeditor will suffice to correct them.

View your review as a teaching tool. Reviewing work is an opportunity to learn and to teach. We might need to criticize, but perform this task in a way that is informative, not damaging. The quality of the English can be a major distraction though, and such papers should probably never be sent into review. Although it’s part of your job to assess the paper on the basis of organization and/or quality of the English, do not allow these problems to set the tone of your review. You do not have to discourage; rejecting a paper is sufficient. Stick with criticism backed up with specific examples so that the authors learn something maybe for the next time!

The odd bit about reviewing and publication is that we all have to go through the same process. Yet, we are all guilty of committing the very mistakes that we don’t want to be the victims of: we procrastinate, we are overly negative, or we write our reviews ignoring that a human is actually on the receiving end. Last time I checked, scientists were still homo sapiens…

How can you cope if you are the “reviewee”? Know that reviewers comments might make you uncomfortable. Take a look and then respond on another day. Persevere.

Finally, try reading reviews out loud in front of colleagues! I read about a lab that regularly convened just to stand up and read the latest reviews in front of each other. Reviews can be hilarious if read out loud (imagine the voices), and for that reason the exercise can reduce stress and establish a sense of community. I did that years ago with a particular reviewer’s comments, and we laughed like crazy in lab…then we went immediately back to work.

2 thoughts on “Scientists are human too!”