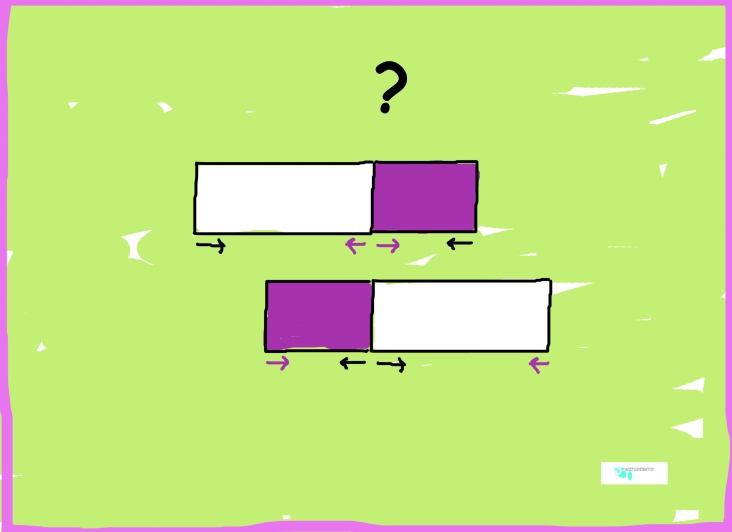 Primers were chosen to reflect the 5′ to 3′ open reading frame within exons. The relative alignment of the exons though was unknown. One set of primers should not have worked. The results demonstrated that both primer sets amplified accurately spliced exons. Circular transcripts were proposed to account for these observations. This hypothesis was proven years later.

As scientists, we are in the business of solving puzzles. We think of the puzzle and then work sometimes over a life time to find a solution. Most puzzles we simply do not have the time to answer. Then there are those puzzles that intrigue us, but the technology to answer them simply does not exist. Not today anyway. One unsolved puzzle for me from graduate school resurfaced in the last few years, and the results were as unexpected today as they were then.

At the time, there was no completed human genome sequence. Parts of it were sequenced, but not much of it was connected. Scientists were in fact still debating whether sequencing the entire human genome was even worth funding.

The experimental goal and strategy

We were attempting to clone a tumor suppressor gene targeted by losses sustained on chromosome 18q in colon cancer. We had identified a minimal region of loss and were pulling out human genomic clones that cross-hybridized to other mammalian genomic DNAs, namely rat, on Southern blots. Truly tedious, but the method was state-of-the-art. The idea behind such experiments was that cross-hybridizing genomic fragments might be enriched for regions/exons that might be expressed in a cDNA library. Today, this strategy sounds like we were carving wheels out of boulders.

I spent a summer generating cDNA libraries and screening them. Out of all those piles of agar plates (that were close to being hazardous to my health) and x-ray film, I got back a single clone containing…more genomic sequences.

The 18q gene, if it existed, was elusive.

We were a little more hungry (desperate). Strategy number 2 was to sequence (pour your own gel sequencing) the cross-hybridizing genomic clones from both human and rat, in order to identify putative exons. The strategy was basic molecular biology for any graduate student. Once we were able come up with some exons, we had hoped we could simply amplify them from cDNA, screen cDNAs synthesized from different tissues for expression levels, and make a library from the tissue or cell line with the highest expression.

The strategy worked. Once we had some data, we found putative open reading frames, based on homologous sequences, as well as canonical splice sites. After that, it was easy to design primers that we predicted would amplify across at least two exons in a cDNA.

Simple. But there were two important pieces of information missing. The first was that we did not know whether intervening exons might exist. The second was that we were not exactly sure in which orientation the exons were aligned relative to each other. There was only one reading frame in each, but which exon was 5′? Amplification from cDNA would therefore not be possible if unknown intervening sequences made the region too long or presumably if a primer pair was in the wrong orientation (see the cartoon).

The results were unexpectedly more complicated than the strategy. We got what we predicted, but we did not expect that both sets of primers would generate a product.

No. When we sequenced, the PCR products contained the putative exons, and they were spliced accurately at predicted canonical splice sites, but in both relative 5′ to 3′ linear alignments. Once we isolated a cDNA, we discovered the true 5′ to 3′ order of the exons in the gene/transcript. Many other products were amplified with incorrectly aligned, but accurately spliced exons, which we proposed to occur through the circularization of transcripts.

The reviewers made us work hard for it, but we published the results, naming the process exon scrambling. While the significance of the exon scrambling was unclear, the precision of the splicing of exons indicated that the normal splicing machinery had to be involved.

The results provoked many questions. How frequent was exon scrambling? Was it an abnormal or a regulated process? Was it a gene specific phenomenon? Which exons would be involved? Do they make proteins? These were all interesting questions worthy of pursuit, but we were limited by the tools available at the time to determine the extent of exon scrambling. In the following years, data from other labs emerged indicating that exon scrambling occurred in other individual genes, but there was no easy way to investigate how general the phenomenon might really be.

The idea of exon scrambling had always appealed to me, especially as a cancer biologist. Exon scrambling could potentially impose another level of genetic chaos of benefit to a cancer cell or even more generally evolution. When whole genome sequencing became possible, exon scrambling was found to occur more pervasively in the human and other genomes. Today, exon scrambling is even referred to by some as backsplicing. It may even have a regulatory role in gene expression and be the basis for the production of novel proteins.

That’s the beauty of science

Exon scrambling is not the only scientific story where the definitive proof, or the technology to provide it, comes years after the initial observation. Think of transposons, the link between human papilloma virus and cervical cancer, or whether the Earth was flat or round.

You can’t walk away from this kind of experience without some kind of enlightenment. I learned that there is an element of timelessness to some of our questions. You might finally be able to answer a question today that was not possible years ago. For this reason alone, scientists have the potential to make breakthroughs at any age.

Grants and thesis proposals are starting points. A scientific detour might be equally as important as your primary experimental goal.

The real beauty of the project was that a biological process was discovered using a simple scientific concept-sequence conservation between species. Sometimes our strategies today reflect more our enchantment with a technology (not the same as developing the technology) rather than a question worth pursuing.

Finally, the truth is stranger than fiction. A student asked me not so long ago, “Why would you perform PCR with the primers in the wrong orientation?” Without the tools of today, we simply did not know. But that’s why we are driven to do science-you don’t know exactly where it will take you.