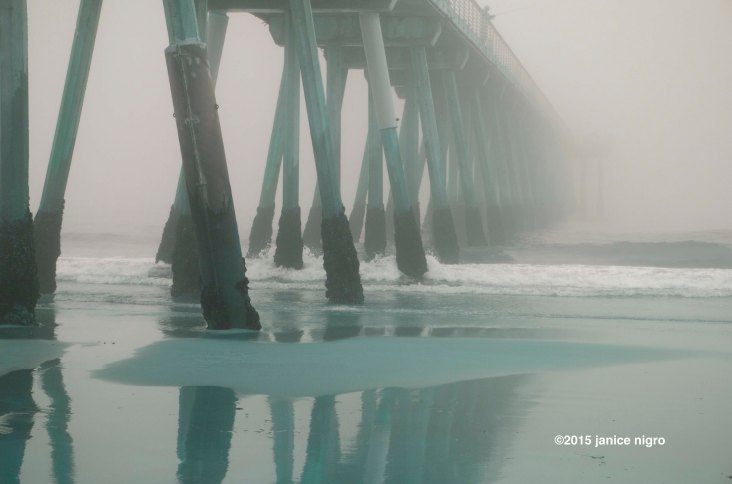 It was pretty clear when I moved to Norway how I was going to make friends outside of work: Norwegian class. Although I could have used the same strategy upon returning to the USA (maybe not Norwegian class, or heck why not?), I for some reason chose to participate in farmers markets (something I have never done) as a place to make new friends.

Don’t laugh because it has actually worked.

One is probably enough, but when a new market in my beach community was organized to take place a mere three blocks from my home, I had to apply. This location for a woman without a car in Los Angeles appeared to be ideal.

I applied for a spot and was a last minute add on for the grand opening of the market to be held on the pier plaza. I have managed to consolidate everything I need for the market into two suitcases with wheels. It feels like some kind of a magic trick or a skill acquired playing with Lego blocks to create a three dimensional structure from what is in those two suitcases. I even devised the perfect backstreet plan to avoid getting in the way of any cars on the way over. Or worse, what pets leave behind in this community (yeah, keep Hermosa, hermosa the signs say, but this is a reference to oil).

Who needs to pay for crossfit training when you can drag two suitcases around town?

The night before my first second market, I thought about the advantages and disadvantages of the market on the pier. Clearly there would be more foot traffic; locals and tourists alike are roaming around maybe already in the mood to shop for more than carrots or strawberries. And how can you beat the view of the beach and the Pacific Ocean?

But it is also a mini-urban environment. There is trash, it’s dirty on the plaza (it never rains in California), no place to wash your hands, and you really can’t leave your post. Although, stealing underwater photos is probably not really high on anyone’s list of things they could do for money. I can tell you this with certainty.

I thought I would try it. The entrance fee was a bit steeper than the other market. Nothing versus 12% but there is a minimum of $25. You pay regardless of whether you make anything or not. I considered it an opportunity, and well it’s not much more expensive than a burger and a beer here.

I was wildly successful by my standards. I didn’t quite reach the 12% level so I had to pay the $25 minimum plus the $2 state fee. In total, it was 16% of my earnings which turns out to be much less than when I earn anything at the other market, which is not usually that much (only 10% but add on the state fee and if I have made only $5, it is 50% of my earnings…but ok much less than $25).

I thought I would try it until the end of September. It is a different philosophy for a farmers market. The type of markets that ask only for a percentage of the profits are disappearing. Many are managed by an organization which charges you for the space, sometimes for several weeks in advance and whether you are there or not. It is not clear to me what these organizations actually do. But ok, more than you want to know about the management of farmers markets.

I am new to the whole farmers market scene and from the Midwest, so I showed up at the same time (early) on the second Wednesday. To my surprise I was not allowed to set up my tent. The manager had all of the vendors necessary. Really? I said.

I couldn’t persuade him to let me stay. I wasn’t sure if it had been a case of ghosting (i.e. avoiding me even electronically) or if the manager planned poorly. “Oh yeah, I guess I haven’t made it clear in the emails that the places are not permanent.” I guess it was the latter…

Later I wrote an email expressing what could have been done since it was the first market. Maybe send an email at least. I was polite in person, but I think I might have had a Sicilian kind of tantrum over the Internet.

Apparently I made a point because the other vendors now know the procedure. It is a style of managing a market, but it might not be the most effective for vendors. You don’t know if you are in or out from week to week.

The thing is, it reminded me of doing an experiment under suboptimal conditions. It may work, but in order to get meaningful results, you might have to do it many more times over a longer period of time than if you try to perform the work in a different perhaps new way. So while a number of my vendor friends tried to convince me to go back (because the market needs me they claimed), I said, no, I have to try something different if my goal is to really sell my product.

Today someone showed up and suggested about 10 different things that I should do (wow, even a trunk show!). I guess I wanted to be my own business woman…

2 thoughts on “trouble on pier plaza”