In search of Grom…

The latest meditative technique to overtake the South Bay? To those who actually know Grom-Italians and lovers of Italy-maybe it is just that. Grom is real Italian gelato.

Gelato is something of a mystery to me. In theory, it seems like it should be an easily reproducible food item. There is no fire involved, and it’s just milk, sugar, water, and some sort of flavoring-same as ice cream-mix it in a cooling machine and some time later you have it.

It’s hard to describe what’s different about a great gelato. Your tongue just knows it. Sweet, bitter, sour, salty, and umami-it’s all there. It’s maybe the temperature and the texture, but it’s definitely the lower fat content which at higher percentages masks flavor. Whatever it is, gelato from the best gelaterie (plural in Italian) is like nothing else anywhere else.

When I accidentally discovered that Grom, an all organic gelateria in Italy, has a location not only in the USA but in Los Angeles (in fact two, Malibu and Hollywood!), I immediately put Grom: Hollywood on my “stepping out of the cocoon” destination list.

This list is a challenge I have set up for myself to try to reach destinations in the LA area by public transport. Actually it’s my reality as I have no car, and I live in the South Bay in a beach community (the cocoon). I might argue about using the word challenge as I find sitting in a car in traffic a challenge (although it is part of the culture). It’s my way of getting to know LA.

Grom is more than just a bus ride away though. It takes less time and money (~ 7USD roundtrip) than an international flight, but Grom is still a bus ride plus three metro rail rides away. I take the local 109 over to the metro rail in El Segundo, the green line to the blue line, and then transfer to the red line at the metro station downtown to get to Hollywood. Thankfully it’s mostly colors and not numbers that I have to follow.

You can’t beat public transport for an introduction to the city. It’s diverse which becomes immediately evident with the transfer at the Willowbrook/Rosa Parks station. Suddenly there is music on the train. Hiphop I have discovered is engaging despite the colorful language. 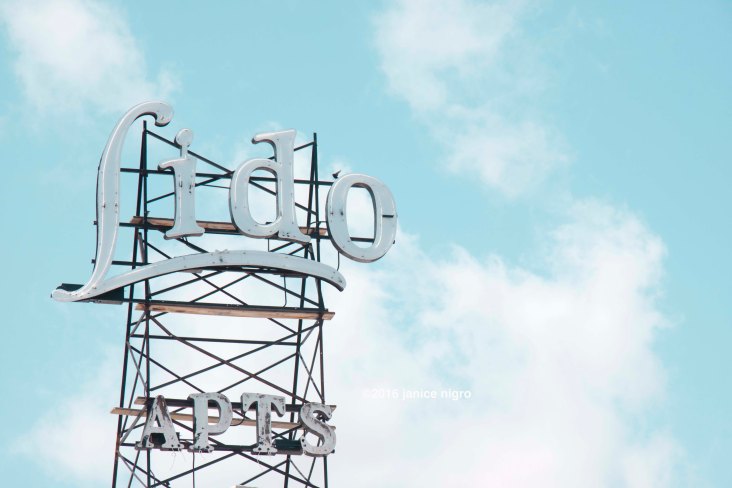 I left a few minutes before 10AM on a Monday in order to time my arrival in Hollywood perfectly for a gelato lunch. The gelateria is located in a small alcove just off of Hollywood Blvd. You can follow a few stars on the Walk of Fame to reach it once out on the boulevard. Or you can go around the back way as I did watching the blue dot on Google maps reach my destination. Suddenly there it was. You could almost miss it which is how it is in Italy-discreet.

I took a couple of photographs to document that it looks the same here as there. And then I entered, crossing over the threshold as if I was now entering Italy. Which in a way is what you might expect on Hollywood Boulevard-more fantasy than reality. 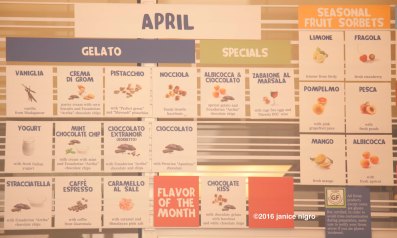 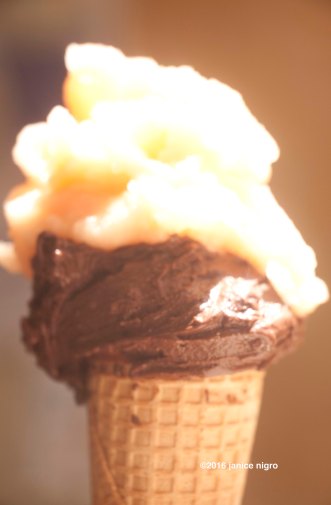 Grom does not sound like an Italian gelateria but it is. The founders are two Italians (one is Grom), although the first time I ate the gelato was actually in Paris. It seems as if from early on their mission was to serve proper gelato then to the world.

There was no line. I barely had time to ooh and ahh over the periodic chart of April flavors before I was asked if I was ready to order. Of course! It has been nearly 6 months since my last real gelato. I had quickly assessed whether my favorites, pompelmo (red grapefruit) and dark chocolate, were available.

It’s been years in development, that combination. It makes sense when you think about the combination of dark chocolate with fruit flavored centers in a chocolate box, only I am not a fan of dark chocolate. But milk chocolate gelato is actually too sweet for me. Why I ever decided to try a sorbetto called red grapefruit, I can’t remember. Maybe I had tried every other flavor, and it was the last on the list.

I was alone in the Hollywood Grom, so I was limited to tasting only these two flavors. I admired the cone for a moment, and then I started before I lost a single drip. It didn’t last long. 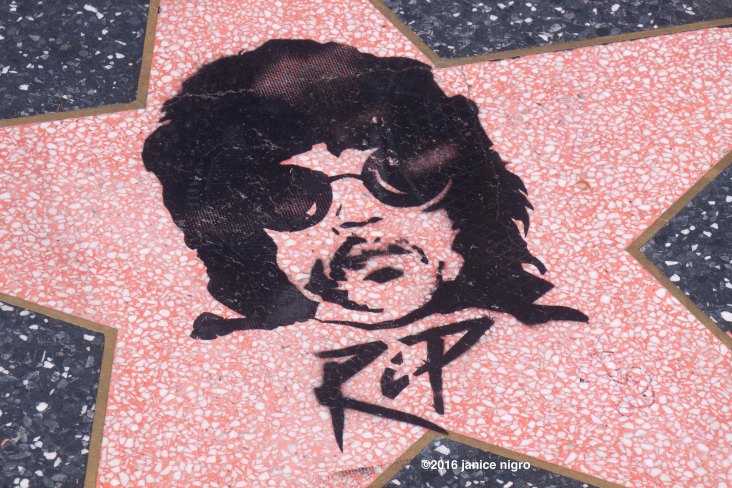 The added plus about Grom: Hollywood is that it is in Hollywood. I wandered down the Walk of Fame and stopped at Grauman’s Chinese Theater. I inspected the foot imprints of the famous and their stars. It was only a few days after the death of Prince, possibly my most favorite musical artist ever, and in reverence to him, a fan had painted his image on a couple of the blank stars. I met a man named Joseph at one of them, and we talked about how his music was part of our lives growing up.

The rest of the time I wandered around the neighborhood checking out how people live in Hollywood. A lot of palm trees and old buildings mixed in with plainer newer ones, and regular people (not Spiderman) out walking their dogs. 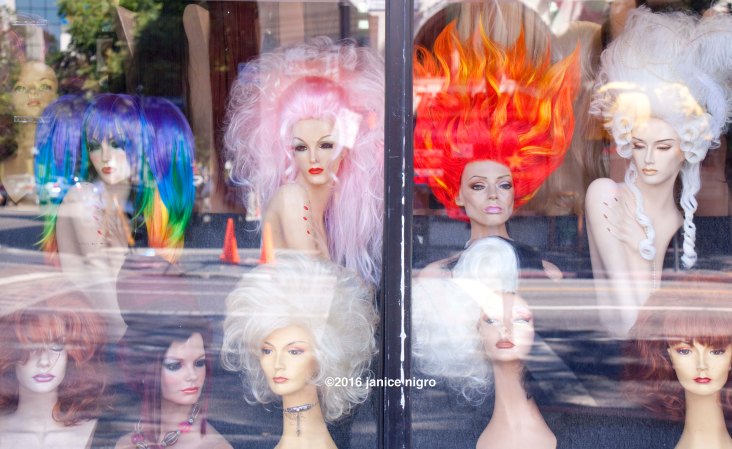 On the way back to the metro station, I thought for a moment about a second gelato as I had walked several hours, but I could not justify it since Grom is now in my hometown. It was time to begin the journey back to the cocoon. The days are longer now (nothing like Norway in spring) so I had the advantage of daylight on the ride back. It felt longer going home, but I had different ways to entertain myself none of which included swearing at other drivers. I was relaxed-I found Grom-and now felt emboldened to take on the challenge of visiting Grom: Malibu by bus…