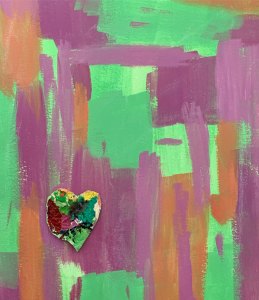 Lockdown has reached over four months in California. From the beginning, it was clear that life could be over for any one of us in a flash. One week you’re here and three weeks later you’re not. That edict somehow freed me from any guilt about pursuing projects of passion.

So I’ve been working on a book, a fiction novel, something I’ve always dreamed about doing. If I were to win an academy award, it would be for the best original screenplay.

My book is about adventure, romance and a life of science. Is it possible to weave these three ideas together?

Newsflash: Scientists are human too. Yes, we are geeks, but even geeks fall in love and reproduce. We fall in love with our jobs. And we fall in love with people while we do it. It’s a great adventure because you never know what comes next. And you do get to travel a lot. Many get (or got) around just because of conferences or to give seminars while others do field work in dream destinations. One woman I follow on Instagram studies sea anemones in the Great Barrier Reef in Australia.

I had a pretty good life as a scientist until the day I decided to give it up to do what, review and edit science the rest of my life. Go figure. These are unique skills that are under appreciated in the world of science. But that’s another story.

I’ve had a few heartbreaks over the lab bench in my life. More were over failures in my professional life. So I started out perhaps writing a fantasy of the perfect life of a research scientist which quickly went off the rails and became a romance novel. Those of you who know me will recognize some familiar themes that only maybe I could write about – female cancer researcher goes to Norway and discovers a whole new life there.

A novel is an odd way to pay homage to my time overseas but maybe my wish to write a novel is why fate sent me to Norway. A wise friend of mine once said that maybe I didn’t go to Norway for the science and now I know they are right. While that’s not entirely true, some research articles will claim that people who know themselves are more likely to live outside of their own country. In my experience, most expats say they left their own country because they didn’t know what they wanted. Maybe that’s some measure of knowing yourself better than others.

I wrote the book from July to early December last year after messing around with some stream of consciousness exercises and after reading Stephen King’s book “On Writing: A Memoir of the Craft.” Somewhere in there he says, if you write 1000 words each day, at the end of three months you can have a book. I took up the challenge.

The basic idea was one that had been floating around in my head for a couple of years. I took a stab at it a couple years ago, but after 10,000 words I stopped. Last summer I started all over from the beginning, without a plan. I just started writing. My idea had a beginning, a setting and an end. That was it. But as I began to write, the characters and the story started to develop in a different way than I had originally planned.

So much for deep thought and outlines. I discovered in the process I was a pantser. It means flying by the seat of your pants and refers to writers who just sit down and write. Some famous authors write this way.

I put the book away for a couple months and in February before the lockdown began I decided to follow the words of another author, Anne Lamott, and take it “Bird by Bird” meaning I decided to try to edit at least one page each day.

The first edit has been harder. I have to pay attention to what I’ve written. Just writing can be freeing, but if anyone else is to read it, the story might have to make some sense.

I’ve also been editing during a pandemic. Construction on my building didn’t stop. All sorts of power tools and construction workers who seem to have forgotten that everyone is working from home have been the music in my ears. As well as my gracious neighbors who have had  blow-out fights at least a couple times a week. I can’t believe I’ve been writing a romance novel with a couple speaking in a language of four letter words sometimes starting first thing in the morning (and no I don’t care if they read this).

But I’m nearly done with the first edit and realize all the ways I’m going to have to change things for the second edit.

I gotta say writing a novel is an interesting process even if it goes nowhere from here. I’ve stuck with this project for a whole year. You have to ask yourself why devote all this time to something that you might do nothing with. Sometimes you just have to try. I’m calling it at the very least exercise for the brain.

The story is formulaic; girl meets boy and they have an adventure together. But then I discovered that some themes started to pop up. Climate change aside, we are at the very least filling our world with junk that has the property of indestructibility. More of it now in the time of coronavirus. Masks and gloves are appearing on the sea floor in habitats that formed long before humans ever showed up.

I love travel too, but I always feel conflicted. Is more travel to more remote regions of the world destroying the very thing we love? While some countries rely on travel for economic growth, coral reefs cannot come back so easily under the pressure of hordes of divers who don’t know how to dive. Heck, as we all know, travel is why our world is under lockdown now.

I’ve also always admired the basic principles driving the lives of some of the people I meet around the world. Are we really living our best lives here in the West? Stuck in traffic in Los Angeles?

Sometimes when I travel to rural island nations I wonder. Life is driven by basic instincts, to love, to be loved, to live, to reproduce. Life in the West glosses over these fundamental needs with “things”. Driving pandemonium from our Twitter feeds (sorry but who the &*%$ cares about freedom of speech on these social media platforms any longer or when will we realize they are weapons of mass destruction) when we have real world problems to solve.

But in the end, I wanted to speak about a female scientist and creating the perfect environment for her to do her work in. Why not?

So many scientists leave the arena today, not because they are incapable but because they are fighting constantly just to do their job. It’s a false competition led by the politics of who knows who and pathetic decisions by many in charge driven by ego.

Women today provide some of the most outstanding research working on problems no one else will dare touch and yet their value always comes into question. Because their work goes slowly. More mainstream scientists like to produce lots of journal articles (like sequencing human tumors ad infinitum) while female scientists (or other non-mainstream scientists) ask tougher questions which often have impact only years later.

Getting a half a million dollar grant declined by the department I worked in in Norway because of “bureaucracy” somehow soured me on the profession. I knew it was over before it began.

The smarter scientists often leave to do something else. Which is maybe how I got to Norway in the first place. The day I departed the USA for Norway was my first step onto the next career although it took me seven years to realize it.

And well, maybe there was something cathartic especially during the time of the Covid-19 lockdown to immerse myself in a fantasy of romance and how my career life might have gone better.

It’s not a compelling read. It’s certainly not written in a narrative style. But I somehow strung together a series of events mostly from my imagination into an almost 90,000 word tale.

It’s my first attempt to write a novel. One of the funniest things I read about writing your first novel was that your main protagonist will be you with a better sex life. I had already written the book when I read that line, and it might just be accurate.

I’m excited to finish if for no other reason than to say that I’ve done it. But there is no escaping what you learn about yourself and what motivates you in life. While I’ve been trying to work on a career in business writing, I ask myself why it’s not working. It’s clear, like always, I want to be my own boss. I still haven’t quite figured out how to do that well.

Writing a book is also in some ways no different than science. In science, you have a bunch of facts and you have to put them together to make a story so you can figure out what’s next.

Stay safe and use a mask!

8 thoughts on “What I learned writing a novel”